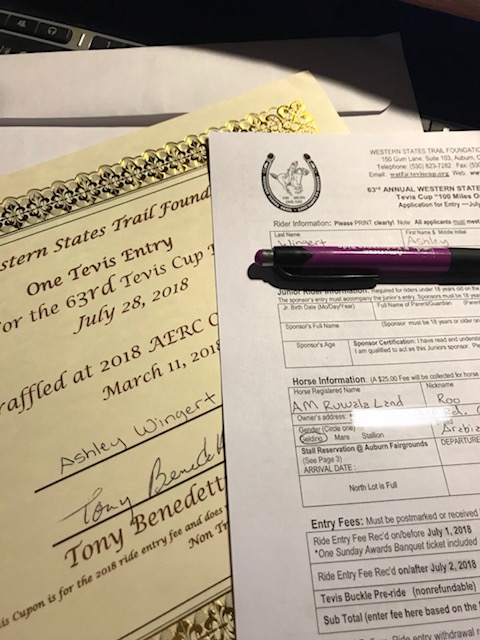 Entry went into the mail last Thursday. The entry.

Back when I won the entry at Convention, Lucy made mention that, if all else failed when it came to finding a horse, I could always take Roo (aka “Plan B”) and at least plan on getting to Robinson Flat. Roo is 0/2 on Tevis, but he’s the best little 50-mile worker bee around, and is smart, sane, and sensible in the tough terrain.

I made some inquires, a few “play it by ear” arrangements here and there…but ultimately, none of the “Plan A” options ended up working out, and Lucy reiterated her offer of Roo. And since the entry is non-transferable, it would have gone to waste, so what the heck. 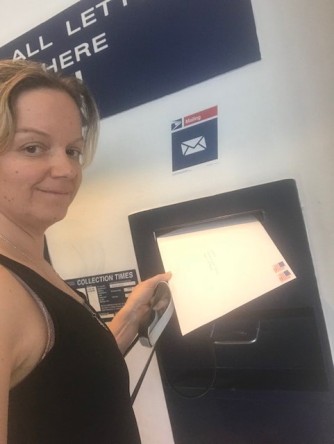 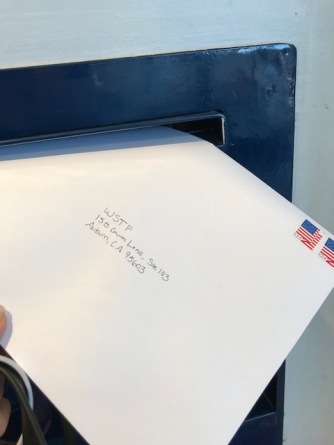 Roo and I are going to start with no expectations other than to have fun, enjoy the portion of the trail I haven’t seen, and go as far as he’s willing to go. 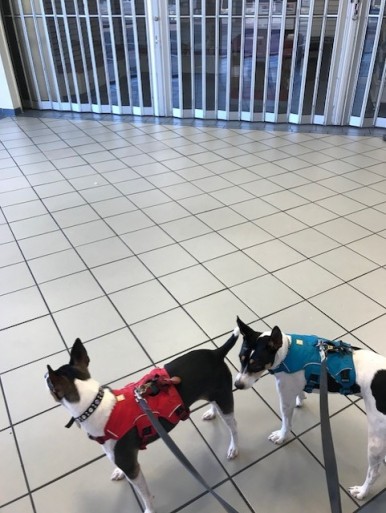 The girlies helped me drop the entry in the mail. My moral support crew.

Roo and I have done a 50 together already (Tahoe Rim), and I’ve crewed him at his previous two Tevis attempts. I know his quirks and foibles, and have some ideas for how to manage his weaknesses and capitalize on his strengths. He has actually done the whole Tevis trail in various bits and pieces, and I’ve seen everything from Deadwood to the finish — on his back. He’s been my “summer camp” pony on multiple Tevis visits, and we’ve done at least half a dozen different rides on various parts of the trail. 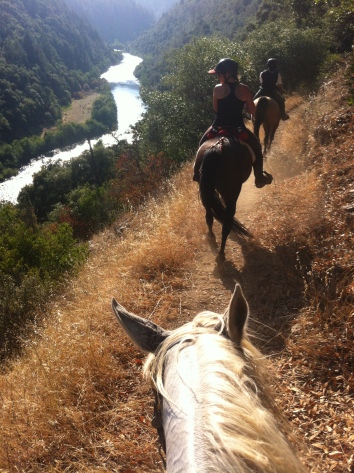 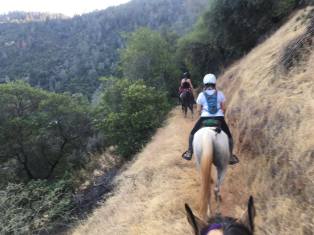 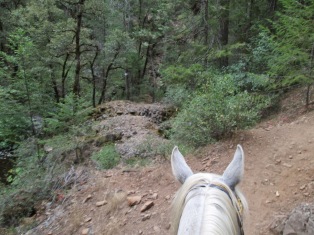 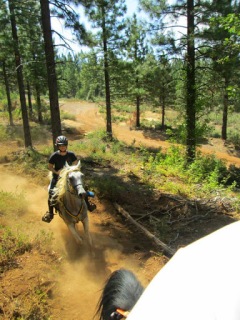 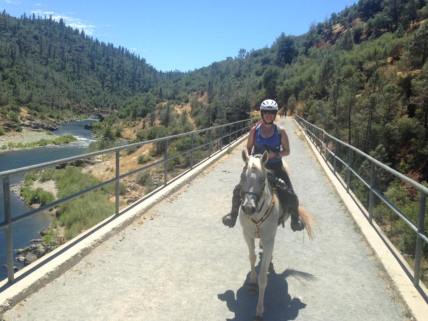 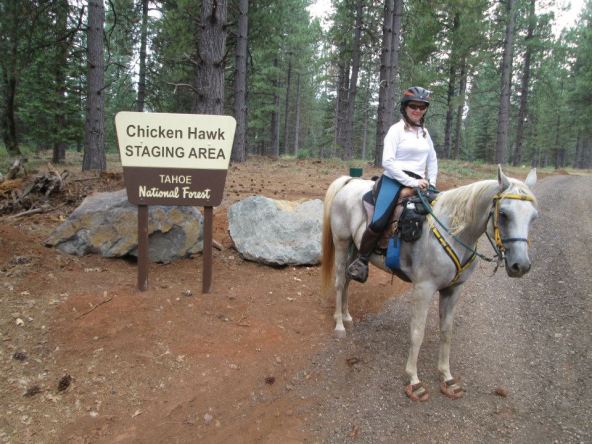 We staged this photo for fun on a pre-ride several years ago, with the joking comment made of “What do you think, Roo? Practice for the real thing?”
Who knew it would be prophetic…

The countdown is on, with a little over 4 weeks to go. I’m off to the Strawberry ride this upcoming weekend with a plan to ride a couple of days (on wonder-boy Flash), so that will be a definite boost to my fitness level, and Lucy is getting Roo out and keeping him tuned up.

Obviously being 800 miles away from my intended ride is going to preclude a whole bunch of direct “getting ready for Tevis” type of posts, but I’m sure it’ll be mentioned here and there between now and then…

And we’re still chewing over a team name. We’ve tried #TeamAshROO…which sounds kind of like a sneeze. Right now #TeamIdiotUnicorn is being used tongue-in-cheek after Roo pulled some of his patented spooking maneuvers on Lucy last week. He’s a pretty, pretty princess unicorn pony…but he does have his #moments every so often. But along that same line, I’m also a firm believer in the power of names and labels, and things will live up to their name, for good or for bad, so I should possibly avoid tagging him with the “idiot” moniker.

3 thoughts on “Entry Away”