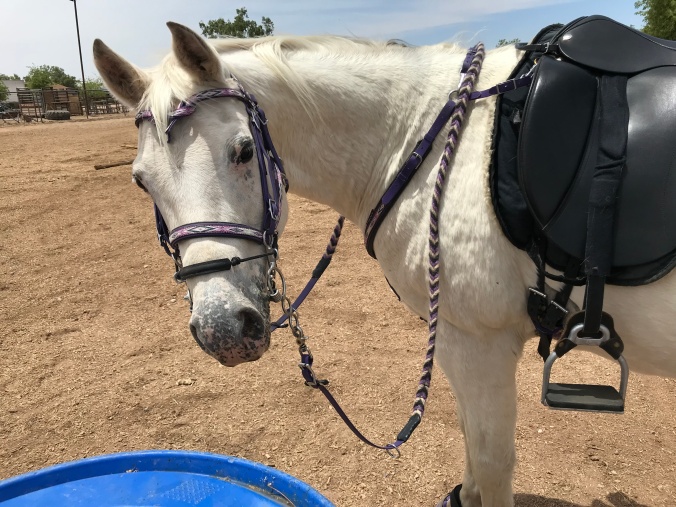 This might be one of my new favorite pictures. I successfully captured the “essence” of Mimi. It’s currently being used as my lock screen background on my phone, so I see this perky face every time I pick up my phone.

I can’t believe my baby pony girl is a quarter of a century old. We have literally grown up together — she was 3, I was 11 — and she still delights me as much now as she did 20 years ago.

I love that she still has all of her pony sass and shenanigans, her opinions, her work ethic, and her heart. 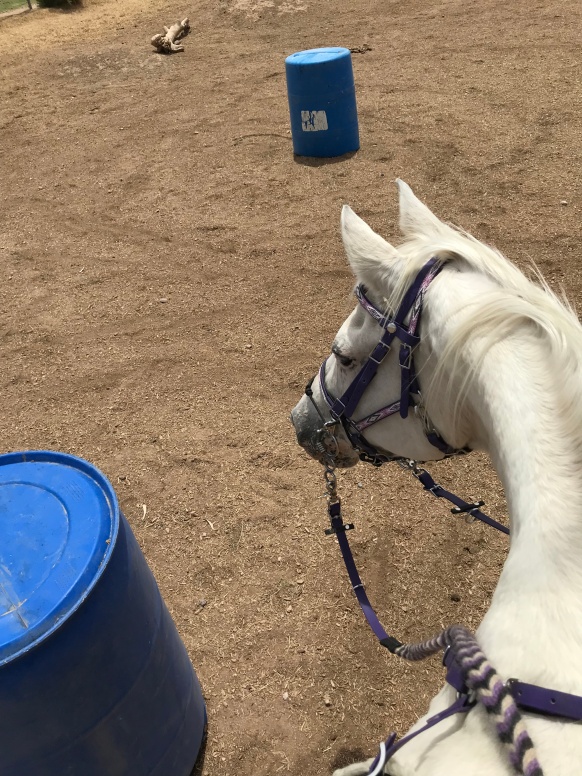 Playing with some barrels and pattern work.

I’ve been battling some slight lameness with her for the past several months — nothing obvious or particularly major, but subtle and consistent. I chalked it up to her age, and the likelihood of something like arthritis or ringbone. As it turned out, I’d just let her feet get away from me, and she just needed a good toe shortening and correction of some rather overlaid bar. (She’s a good example of where the “benign neglect and self-trimming” approach really doesn’t work. To this day, I still have to stay really aggressive and on top of her feet and trimming.) Once that was addressed, she’s been back to feeling 100%, and the last couple of weekends, I’ve gotten some amazing work from her.

In an effort to keep things interesting, I’ve been dabbling in learning more about Working Equitation after spectating part of a demo at an expo a few weeks ago. It looks intriguing, and it’s something I can see myself pursuing on the side, and as a way to cross-train my endurance ponies. Mimi and I already have all of the training down — much of it is very similar to what we did for years in the show ring, between trail courses, reining, western riding, and gymkhana.

So the past couple of weekends, I’ve been putting together mini-obstacles and giving them a try. Mimi is loving it. It’s something new, and it’s just different enough from what we’ve done in the past that she’s very attentive, and trying very hard to “figure it out.” Also helps that it’s done at a lot more speed than the slow, exacting trail course type of work, so needless to say, she’s totally on board with that.

So all of that to say that she doesn’t feel or act her age, and in her world, 25 is nowhere near full retirement age. So we keep going, as long as she’s willing and happy. 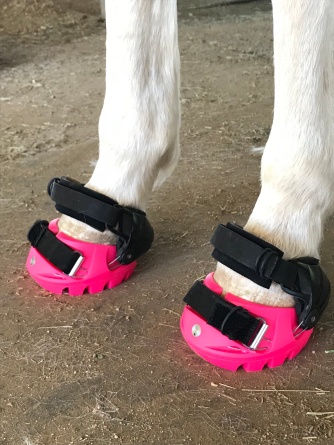 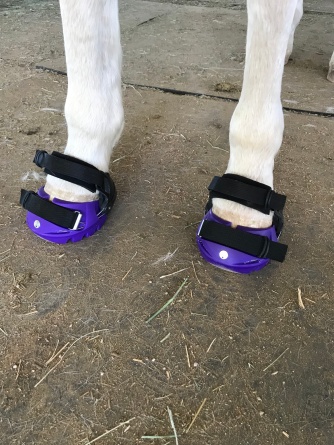 She got birthday presents. 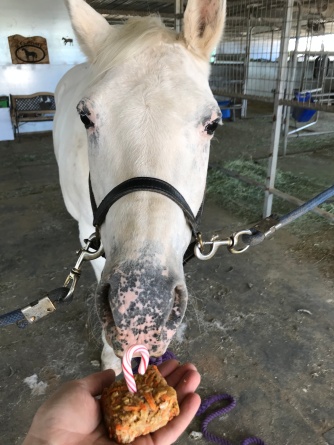 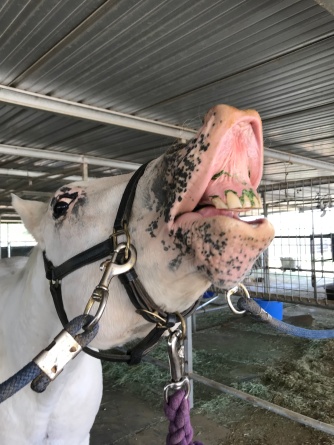