So, rather shockingly, I realized I have actually managed a at-least-one-post-per-month streak on this blog since August of 2011…and that a week out from the end of June, I was in danger of breaking that streak.

I just haven’t had much to blog about.

It’s been hot here…although that’s not really a newsflash, this is summer in Arizona after all. Rather amusingly, the weather “forecasters” have been doing all kinds of hand-wringing predictions of “unusually high heat waves” (no, actually, we regularly hit 115° here in June, thanks), practically salivating over the idea of us “hitting new record temps”…and then it’ll fall two to three degrees short of what they’re predicting.

So when it’s this hot, I really don’t ride. Even the Go Pony prefers to hang out in her shaded stall with her fan, and the barn owner who goes through a couple times a day and sprays them with the hose, and turnout at night when the sun doesn’t bake them.

Also not too inclined to get the running miles in. I try to be up between 4:30 and 5 in the morning to get out the door with the dogs while the weather is quasi-passable (85° and the sun isn’t up high enough to start cooking us yet) but even then, it’s hard to get more than a couple of miles in.

This is called summer hibernation, and it happens pretty much every year. It makes for good endurance heat conditioning, if you have certain plans on the ride calendar that call for heat conditioning…but if not, it’s a really good excuse to stay inside, hug the air conditioning, and dream of when it was cold enough to justify wearing more clothing than just running shorts and a tank top. 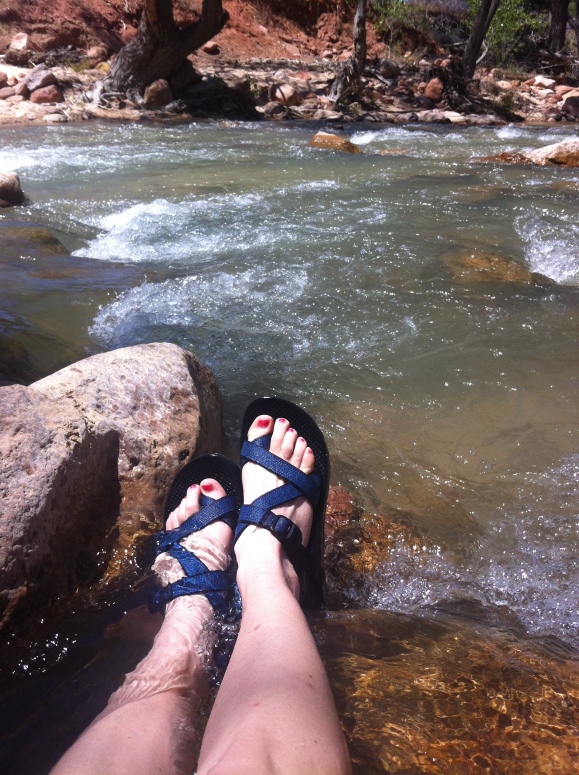 got to head up to Zion, and slightly cooler temperatures, earlier in the month

Another Tevis year in the books, and my 11th year crewing. It was a weird year for gremlins ahead of the ride, and lots of flexibility and changes of plans, sometimes on the same day. 😂